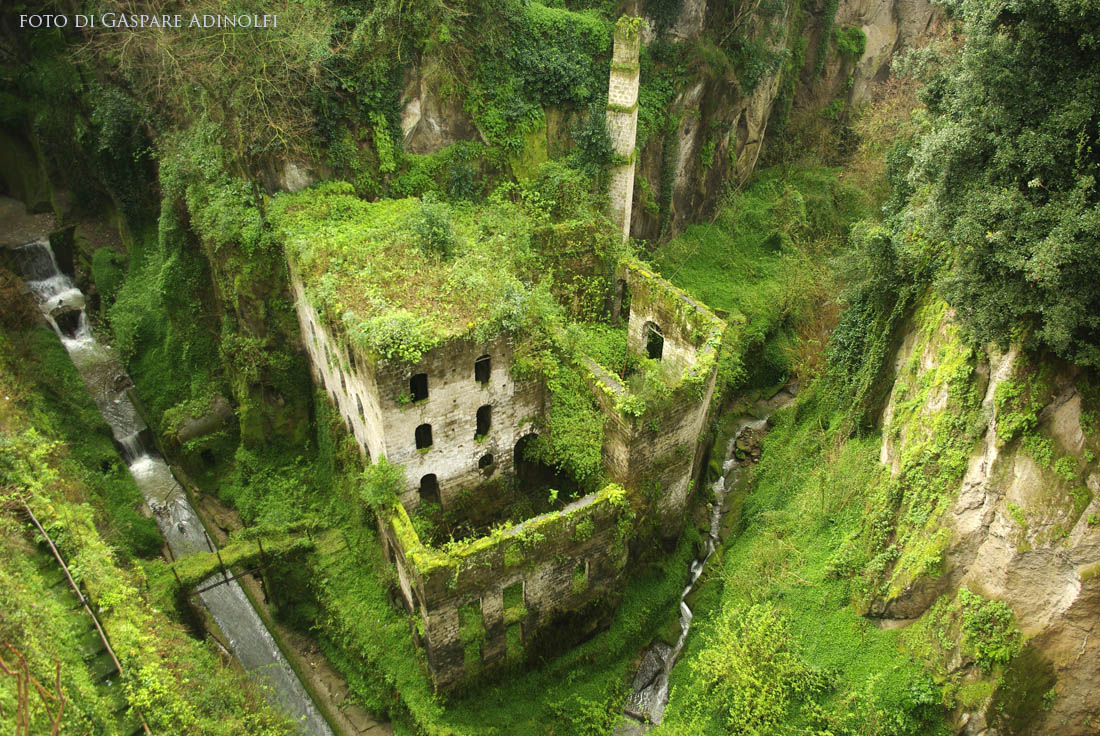 The Valley of Mills

The Valley of the Mills is part of a system of five valleys that once plied the Sorrento peninsula defining the territories of the countries that comprise it. Today only some of them can still be seen and partly visit. Of all the valleys, the best preserved is the Valley of the Mills in Sorrento, which is the central part of a system of three valleys, intact only in Roman times. When Piazza Tasso had not yet been built, the first valley began from Valley of the Mills and extended to the area Marina Piccola, thus forming a picturesque harbor. The second valley, called “Prossimo”, started from the Vallone dei Mulini and reaching up to the Civil Hospital, Porta Parsano, to continue to Marina Grande with a narrow gorge. Today, this second valley, is partly filled up to the Door of Anastasi; it is below the final part of Via degli Aranci. The third valley he climbs from the Villa “la Rupe” to the hills, passing the ex-abattoir, among orange and lemon groves, and then bifurcate at the district “Tigliana” and lost, in the form of streams, the district “Cesarano “up to” Rivezzoli “on one side and to the upper part of the district” Tigliana “on the other. Even in this valley there remains almost nothing, because it is located below the road that leads from Sorrento to Saint Lucia on the one hand and from Cesarano other. Then the remainder of this microsystem of ravines, which today can still be seen, is only the middle one, that is, one that goes from Piazza Tasso to Villa “La Rupe” and this villa almost to the door less ancient Sorrento, Port of Anastasi, of which you can still see the archaeological remains.